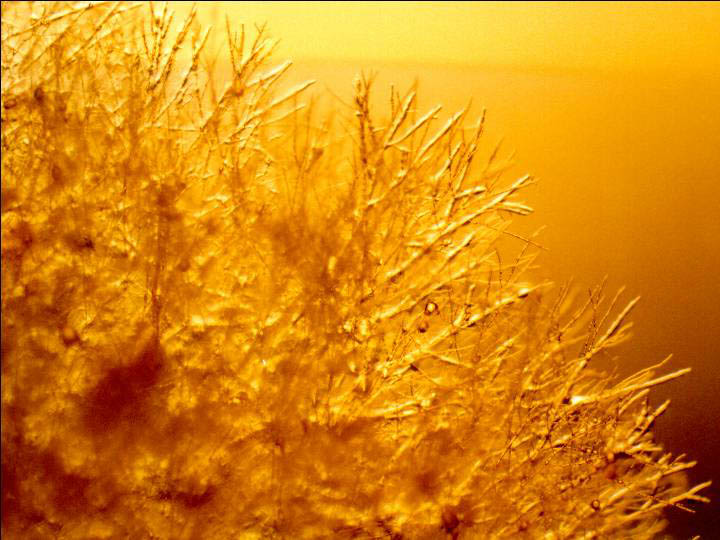 Neurospora crassa is a type of red-orange bread mold. This fungus was first reported in response to an infestation of French bakeries in 1843. N. crassa is used as a model organism for several reasons. It is easily grown in the laboratory, it has a haploid life cycle that lends well to genetic analysis due to the appearance of recessive traits in the offspring, and its entire genome consisting of seven chromosomes has been sequenced (2).

Neurospora crassa has been exploited as a model organism for multicellular eukaryotes, showing genomic features that are lacking in other simple eukaryotes. This includes anything from the understanding of the circadian rhythm, genome defense systems, mitochondrial protein import, post-transcriptional gene silencing, and DNA repair to DNA methylation and acetylation, and certain histone modifications (3).

Histone modifications are largely involved in biological processes such as gene regulation, DNA repair, mitosis, and meiosis. Histones may be methylated on either arginine or lysine residues through the activities of various enzymes. Lysine methylation, a primary subject of interest, may occur in three distinct forms: mono-, di-, or trimethylated (Figure I). Each form is associated with either transcriptional activation or repression, which is not necessarily dictated by only the lysine residue, but by the larger local or global histone modification (1). Recognition of these histone modifications has been attributed to several protein domains, such as the plant homeodomain (PHD), the Tudor domain, and malignant brain tumor (MBT) domains. These domains are able to distinguish between the three forms of methylation, allowing for multiple meanings and translations of the modification. While methylation does not alter the chemistry of the histone, the specificity with which these modifications are recognized is crucial (1). Lysine acetylation does, however, alter the chemistry of the histone through neutralization of the positive charge on the Lysine residue, weakening the electrostatic attractions between the DNA backbone and the histone (Figure II). This is usually indicative of active transcription.

Methylation and Acetylation of Histones 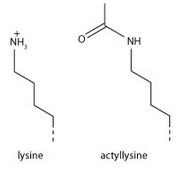 Histone modifications in Neurospora crassa were relatively undefined upon the initiation of this study in 2012, and there was a much interest in the identification of methylation and acetylation sites in core histones of the organism. Ultimately, the study provides a comprehensive picture of methylation and acetylation of the core histones in Neurospora crassa, which could potentially serve as a foundation for future studies investigating the function of post-translational modifications (PTMs). As previously mentioned, Neurospora crassa is used as a model organism for processes such as DNA repair and post-translational gene silencing, much of which is dictated by PTMs. If the functions of these modifications is defined, it may serve as a reference for other multicellular eukaryotes, as well.

Core histones were extracted from Neurospora crassa and were subsequently fractionated using reverse-phased high performance liquid chromatography (HPLC). Eluted histones included H2A, H2B, H3, and H4, which were then digested with various proteases, mapping them for methylation and acetylation. These eluents were then analyzed using mass spectrometry in an attempt to determine the locations of the resulting PTMs (Figure III). 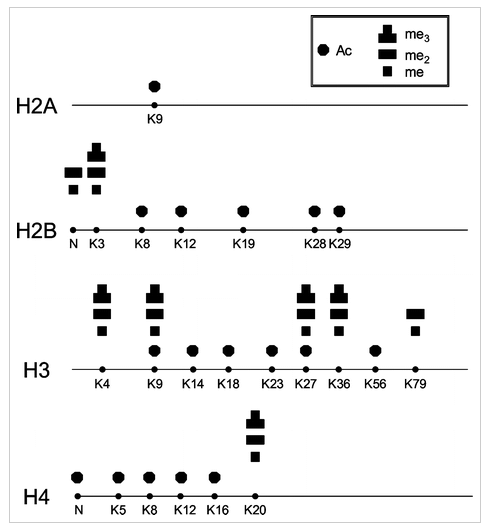 Figure III: Description of results, detailing the mono-, di-, and trimethylated residues, as well as those residues that experienced acetylation, on each histone.

The only activity seen in H2A was an acetylation at K9. This represents a similarity with humans, as this exact phenomenon is also observed in the human genome.

H2B was found to be methylated at the N-terminus and at residue K3. Conserved acetylation was seen at residues K7 and K12, and unique acetylation of H2B was seen at residues K19, K28, and K29. In yeast, H2B is known to activate transcription of the genes involved in NAD biosynthesis and vitamin metabolism. Further studies will be conducted to determine if it plays a similar role in Neurospora crassa.

As described by the chart below, the PTMs found in Neurospora crassa highly resemble those found in other multicellular organisms, such as S. cerevisiae, A. thaliana, and H. sapiens (Figure IV). If the functions of these PTMs are investigated more extensively in N. crassa, it is likely that similar function could be inferred in the other organisms, as well.

Figure IV: Methylated and acetylated modification sites found in N. crassa, in comparison to those found in other multicellular organisms, such as S. cerevisae, A. thaliana, and H. sapiens.

It is unfortunate that the findings of this study did not detail the known functions or possible predictions of function of some of the PTMs found, so that the reader may be given some insight into future studies. While the study was very thorough in determination of methylation and acetylation sites on a large variety of histones, the findings lack impact unless they are directly related to their role as a model to other organisms.